A Night In The ASYLUM

Sit back and share a cocktail and creampuff and enjoy a variety of weekly bizarre topics. In the past: how to make tequila, wireless home audio, how to fly drones, DNA testing, mobile controlled sex toys, becoming a magician, teeth straightening, data driven drinking, and many more! 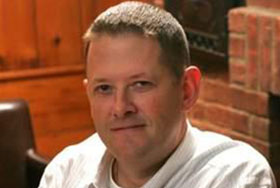 Darren’s a Digital/Technical Guru with over 30 years of experience. He’s also a private pilot, play producer/director, volunteer fireman, SCUBA diver, glamper, dog lover and LGBTQ activist. On the tech front, he’s held senior I.T. & digital leadership positions in a dozen companies of various sizes. From helping novices understand that they must turn the power on to start, to managing global technical environments, he’s seen and done it all [well, almost]. He’s a realist, forcing himself to see it as a glass half full… if you have the time and money to pay for it! 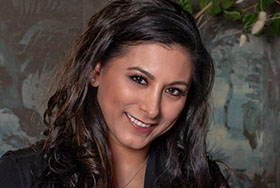 Jen Aczualdez thinks she’s a nerd.  She was that kid who always raised her hand in class, knew all the answers to all the algebra homework, and got straight As all through school, including college.  But she had something that most nerds lack: the desire to talk to people. We know, “social nerd” — what an oxymoron.  She originally went to school to be a programmer, but quickly decided that being a real programmer didn’t allow for the level of human interaction she craved.  This launched Jen into an existential crisis and spurred her journey to self-discovery. And look at her today — such a beauty! 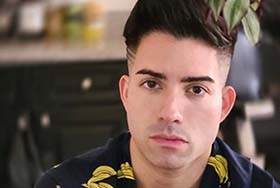 Rafi is a rising star and among the three of us, he’s voted most likely to be starring in a big screen, major motion picture some day. He’s been been featured on the “Billions” show and the film “BROS” (out in August 2022). Rafi’s also been seen in over 10 tri-state (NYC, NJ, PA) theatre productions, four national tours, and multiple TV/Film productions. Other recent credits: a “GOLI” gummies commercial and “Rosie Dean” music video (TikTok influencer). This sexy young man also sings, and has an EP Available for download; he’s performed tracks in Toruń, Poland at a gala to raise money for a homeless shelter organization. Rafi’s also a recent graduate of SAE Institute of Technology and as a freelance audio engineer & music producer, he’s ready to mix and produce your next single! Hidden talents: he can pose as a mannequin for a long period of time and – is able to grow facial hair fast [HOW FAST?]!

Messages left in our DNR Studios/Tech Asylum Mailbox may be played on-air!

Don’t miss our next episode!